“Pawri hori hai ” “This is our car, this is us and this is our power”, these lines are now on everyone’s lips. Ever since this video has gone viral on Instagram. Indian music composer Yashraj Mukhate made this meme even more catchy by adding music. The result of which was another trending video.

‘Pawri’ simply means’ Party ‘, which reads in its caption that’Today I am not just party I will because there is no fun in partying which is done in puri.

The girl in this video is a content producer and social media influencer from Pakistan named “Dananeer mobeen“, Who is 19 years old. “Pawri” has become an internet sensation after the video went viral, and within a week her Instagram (@dananeerr) Has over 1 million followers.

As soon as the meme started trending, people from all regions rebuilt their version of meme. It also included food apps such as Dominos, Zomato and Swiggy and recreated the version of ‘Pawri Ho Rahi Hai’ memes.

Actually Mobeen This video became so viral due to ‘Pawri’, the style of accenting the party, while she was deliberately saying so. But people felt that she is mistakenly calling the party ‘Pawri’ and started becoming neem. 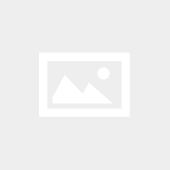 How to make resume from mobile in 15 steps

Know how to earn money from Task Mate App